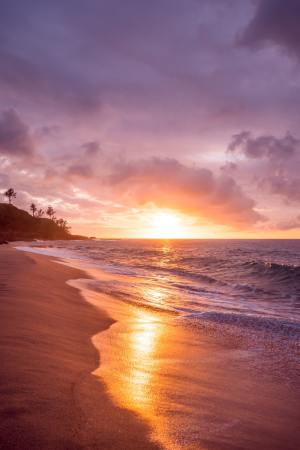 Robert Joseph Walker, who went by Joe, left this world on January 13, 2022, after a valiant battle with pancreatic cancer.

Joe was born May 1, 1962, to Alfred F. Walker, Jr. and the late Claire “Maureen” Walker (née Klein). He was the younger brother to Alfred “Al” Walker. They were raised in Catonsville, where he graduated from Catonsville High School, Class of 1981.  Joe grew up playing baseball, football and ran track, however, his passion was playing basketball.

Joe later moved to New Windsor, Maryland where he and his wife Tracy L Walker (née Carter) raised their three children.  Although Joe & Tracy divorced, they remained dedicated to raising their children together.  If he wasn’t on a ball field with his children, he enjoyed cycling.

After being a bachelor for 12 years he met the love of his life, Tammy Jones (nee Hudson).  When they met it was love at first sight. Anyone who spent time with them saw the magic between them. She thought Joe was the sweetest gentleman she had ever met. Tammy introduced Joe to traveling and he embraced her fondness for it. They enjoyed many beautiful adventures together. They loved hanging out with friends and family or having their toes in sand on a beach somewhere; or just relaxing at home with their fur babies, Thor and Skyler.

Joe leaves behind his daughter, Megan Carlson, her husband Michael, his son Brian Walker and wife, Julia (née Banks), his son Steven Walker, Step-daughter, Jessica Moran (nee Kellner) her husband, Patrick and grandchildren that he adored, Alex, Analynn, Grace, Thomas, and Tara.  He also leaves behind his niece, Molly and nephew, Connor, Mother Inlaw, Faith Hudson and Dorothy “Dottie” Smith; who was not only his Aunt, but also one of his best friends.  There are just too many aunts, uncles and cousins to list. Joe was a family man, and that extended to those who were not blood-related. His children and grandchildren were his greatest accomplishments, and he was their biggest cheerleader. Always attending their games, concerts and practices; Joe never wanted to miss a moment of their lives.

Joe spent his whole career at the National Security Agency.  He held various leadership roles during his career. He realized early on, that to be a good leader you had to care about the people and empower them. His employees would say he was a really nice boss, until he wasn’t. He ran a tight organization and was mission driven. He loved to mentor young people. His motto was “One Team, One Goal, One Mission”.  He retired July 19, 2019, after 35 years of service to become a full-time Cabana Boy for his wife, Tammy.

Joe had a personality that would make everyone he met feel welcome and important. He genuinely cared about the people in his life: constantly checking in to see how you were doing, even when he was the one that needed to be checked in on. He was a great man who set the bar high; he was the ultimate gentleman. His charisma was electrifying, and his dad jokes were on point….well…almost! He loved making people smile, even the Server taking his order at a restaurant. His most recognizable… “do you give free refills?”, and of course the Server would think he was referring to beverages, so they would nod “yes”. He would then hand the server his plate – for free refills. He would laugh.

Lover of all things Apple and Technology, Joe enjoyed “converting” his android family and friends to the Apple world. He enjoyed playfully bantering with his step-daughter, Jessica, who refused to join team Apple. Joe was such a fun and joyful person to be around.

The world lost a beautiful soul.  He was strong, yet gentle, kind, nurturing and generous with a playful sparkle in his blue eyes and a great smile.  He was our Batman, our Dark Knight. All of his family and friends loved him and are better for having known him. We may even miss his “Dad” jokes.

Grief is the price we pay for love and Joe Walker was loved by many.

In lieu of flowers the family requests donations to PanCan.org, PurpleStride, Team: Walker Warriors. Our family is participating in PurpleStride to raise money and awareness for Pancreatic Cancer on April 30, 2022.

To send flowers to the family or plant a tree in memory of Robert J. Walker, please visit our floral store.