Share a memory
Obituary & Services
Tribute Wall
Read more about the life story of Marie and share your memory.

Marie was the first born to Charles and Genevieve Vance (nee Reis) and sister to Charles Edward. In her youth, she attended Catholic school followed by business school. She became a dedicated wife, mother, and homemaker.

Once the youngest child, Margaret, was in middle school, Marie ventured out into the work force where she went to work for Silber’s Bakery at their Harundale Mall location in Glen Burnie, Maryland, and later moved to their Lexington Market location in downtown Baltimore. She later went to work for a dry cleaner where she greeted customers and processed orders.

Marie enjoyed outings to the Senior Center where she engaged in playing cards and bingo, joined in on group jigsaw puzzles and participated in the book club which helped satisfy her passion for reading.  Marie was constantly working crossword puzzles, word search puzzles, computer games on her iPad…anything to keep her mind active.

In lieu of flowers, the family requests donations be made to the ASPCA, a Veterans Charity or St. Jude.

To send flowers to the family or plant a tree in memory of Marie Jane Milburn, please visit our floral store. 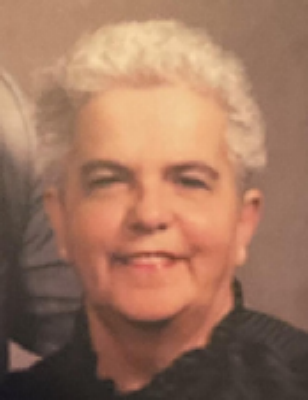 Look inside to read what others
have shared
Family and friends are coming together online to create a special keepsake. Every memory left on the online obituary will be automatically included in the book.

Look inside to read what others have shared

Family and friends are coming together online to create a special keepsake. Every memory left on the online obituary will be automatically included in the book.

You can still show your support by sending flowers directly to the family, or by planting a memorial tree in the memory of Marie Jane Milburn