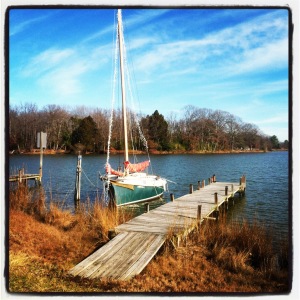 Carl Edward Willman was born on September 28,1933 to Carl and Victoria Willman in Greeley, Colorado. Carl grew up working on the family farm and also enjoyed hunting and fishing. He attended College High School in Greeley, Colorado, lettering in wrestling. Carl graduated in June 1951. He enlisted in the Navy in February 1952 and was stationed at several Naval bases such as Kingsville, Texas, Memphis, Tennessee,  Norfolk, Virginia , San Diego, California and  Hawaii. A Bachelors of Science Degree for Electrical Engineering  was earned in June 1961 from Washington State University and a Masters Degree in Electrical  Engineering was earned from Naval Post Graduate School in Monterey, California in March 1969. During his military days, he was also a semi-pro bowler. Carl was a radio man for aircraft as well. One night during happy hour, Carl was asked if he would ride in the F4 Phantom II, which was the nation's fastest airplane. Carl was a “feet on the ground kind of guy” and did not want to fly in that plane.  His name appeared in the flight schedule the following week. Carl now owns a shiny Mach 2 pin. While in the Navy Carl earned the Good Conduct Medal three times, the National Defense Service Medal  twice and a Navy Unit Commendation. By the end of his military career, he managed over 400 electrical engineers.  Carl retired as a Lieutenant Commander in August 1973. His next adventure was going to work for Westinghouse in Linthicum, Maryland. Given top secret clearance, Carl performed senior engineer duties studying and analyzing satellite communications for NASA (ATS spacecraft) and the U.S Coastguard.  He was first stationed in Morocco and was responsible for installing and testing Air Defense Systems. From there he was stationed in Venezuela to again test and install Air Defense Systems. Carl's next assignment was in the country of Jordan to perform lead communications engineer duties. His final assignments were in Bahrain and United Arab Emirates to work on their Air Defense Systems. Pre-planning was just getting started on the Alaskan NAS Interfacility Comm. System (ANICS) when he retired in 1992. Westinghouse presented him with the Electronics  Systems Group Special Performance Award. Once retired, Carl enjoyed many activities such as fishing, golfing, gardening and gambling. His favorite hang out for almost 50 years was Perry’s. Perry Miliotis was his best friend.

To send flowers to the family or plant a tree in memory of Carl Edward Willman, please visit our floral store.